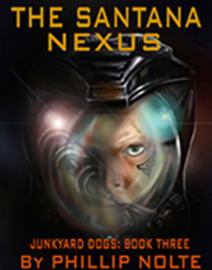 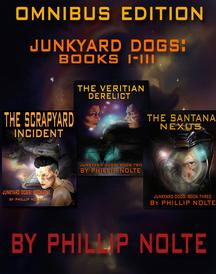 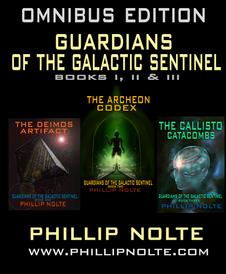 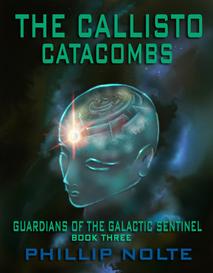 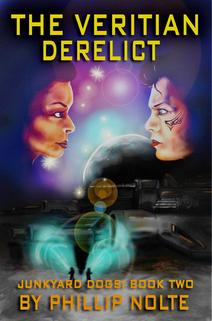 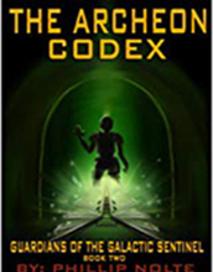 The abandoned Scrapyard (Federation Reclamation Center) is reopened to serve as  Command Center for the Santana Quadrant's New Ceylon region. Terrorist activity, which has been ramping up all over the Quadrant, culminates with the takeover of the huge Santana Nexus station. Next target: the Scrapyard. Can the ragtag band of refugees gathered there cobble together some kind of defense? 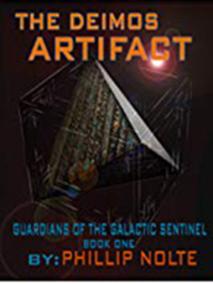 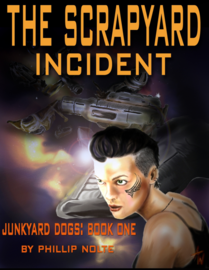 OUT OF THIS WORLD ADVENTURES

THE CALLISTO CATACOMBS (Guardians of the Galactic Sentinel Book 3)

Further study of the Codex hints at the existence of yet another Archeon Artifact - Perhaps the largest ever found. Meanwhile the Hordea, the first aliens encountered by Humanity are threatened by rogue Human elements in league with another race of sinister aliens whose actions place all of the civilizations in the Galaxy at risk...

Terrorist forces have all but taken over the entire Santana Quadrant. Word is they will soon be attacking Earth itself. Could beating them at their own game and retaking the Santana Nexus station be the key to stopping them?

THE ARCHEON CODEX (Guardians of the Galactic Sentinel Book 2)

The revelation that another alien artifact is hidden on Old Earth encourages members of the Deimos expedition to risk life and limb going down to the lawless, ravaged planet in an effort to retrieve it. What this mysterious object is and what it does remain to be determined...

GUARDIANS OF THE GALACTIC SENTINEL SERIES

THE DEIMOS ARTIFACT (Guardians of the Galactic Sentinel Book 1)

An ancient tetrahedron with alien origins entices a hastily assembled expedition to venture into the treacherous anarchy of the Sol system in search of the artifact's origins and purpose...

Three Federation Navy personnel are marooned in an orbiting spaceship junkyard, located in a remote star system, by a terrorist attack. The same raiders will shortly fall upon the totally unsuspecting nearby planet. Left with only their wits and the scrapyard itself, the trio must first survive, and then find some way to thwart the terrorists...