I developed a passion for science fiction in junior high and have been hooked ever since. I started writing science fiction (short stories) sometime around 1986 or so, and learned a lot about the process. I had to take a hiatus from writing fiction from 1991 to 2009 to concentrate on my job, but got bit by the writing bug again in 2009. I published my first novel, "The Scrapyard Incident" (Book 1 of the Junkyard Dogs series ) in 2013. Two sequels, "The Veritian Derelict," and "The Santana Nexus"  followed shortly after, completing the trilogy. Will there be more books in the series? I wouldn't rule it out.

I began working on the "The Deimos Artifact" (Book 1 or the Guardians of the Galactic Sentinel) in 2015. This was followed by the second installment, "The Archeon Codex," in 2016. "The Callisto Catacombs," which completes the story, was published in June of 2019.

My short stories are bundled together in a collection called "Cannibals Shrink Elvis' Head."

I live with my wife and cat (the real boss) in southeastern Idaho where the winters are tolerable, and the summers are paradise. I retired from my position as a potato pathologist at the University of Idaho in 2015. 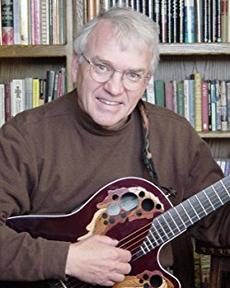 OUT OF THIS WORLD ADVENTURES